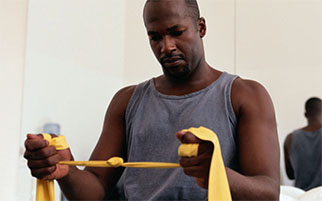 I was a brand new physical therapist, very excited about my new career. I was introduced to this patient 6 weeks after he had a very complicated brain surgery which removed most of the balance centers of the brain from a disease called Von Hippel Lindau. He had to be resuscitated 6 times after surgery, finally stabilized and sent to a rehab hospital, where after 4 weeks he was discharged from the hospital and told he’d never walk again.

His balance was so bad he couldn’t sit independently and had to be strapped in the chair. He was completely dependent on his mother and other caregivers for even the simplest activities of daily living. He was only 19 years old, a few younger than me.

In physical therapy, we started with the simple task of sitting without falling over. We stimulated his balance reactions with hand placements and positions. We progressed to challenge is sitting balance and worked through various stages, positions, and postures until he could stand independently. Physical therapy exercises then focused on the complex task of walking, breaking down the components of gait into small pieces with repetition, repetition, repetition until he could put them together and move forward with 2 crutches. After 1 ½ year of physical therapy, he was able to walk without crutches when supervised. We further challenged his balance on uneven surfaces outside on the grass, small hills and short distances of running. All during the course of physical therapy, there was a lot of weight training to build muscle and endurance which was so lacking after such an involved surgery.

After 2 years of physical therapy, he walked down the aisle of his wedding to his fiancée who during his physical therapy was his advocate during the process. She was encouraging to him and to me as well so the patient could reach his maximum potential.

To have such a fulfilling experience early in my career, I learned a valuable lesion. I learned tenacity. I learned not to give up even when others had given up. If the patient was progressing, no matter how slow it was worth the effort. I use this experience in my every day work as motivation in my career as a physical therapist.

A patient came to us with a 20-year history of pain in the front of her left knee. She had been to many types of doctors, chiropractors, and physical therapists over the years searching for answers. It is a daunting patient history for a physical therapist with a patient who has been to so many providers and not gotten relief.

I started by examining the knee, doing all the tests and measures I felt appropriate for this patient. There was nothing remarkable about the examination to diagnose the reason for her symptoms. Thinking “out of the box”, I examined the hip, since hip problems can refer symptoms to the knee. That examination too was negative. I then did a careful examination of the quadriceps, muscles of the front of the thigh. There I found several knots in the muscles. These are called trigger points. They are areas of muscle that are stuck in the contracted position.  I did a technique called dry needling along with appropriate exercise instruction. After only 3 physical therapy secessions, the 20-year history of knee pain was gone!!

Patient straightens up after physical therapy!

My otherwise very healthy and fit 40-year-old cycling instructor crawls into to the office in severe low back pain, bent over in the shape of a C and bracing himself on a hockey stick.  Earlier that day, he had lifted a heavy piece of equipment at work and couldn’t stand straight. As a physical therapist who sees a patient as the first health care provider, it is my role to determine if there was any serious medical condition, called a “red flag” that might indicate a need for any special tests, such as an X-ray or MRI or a consultation to a specialist.  After a careful evaluation, it was determined that he didn’t have any red flags and that his symptoms were most consistent with a disc bulge and that physical therapy was appropriate. After a series of physical therapy manipulations, the pain level significantly reduced and he was able to stand erect. He was given a series of home exercises focusing on bracing his trunk with his core muscles. Our adage in our physical therapy facility is “you have to have a strong stomach to have a strong back”.  In 4 more visits, his muscle spasms were gone and he had no pain. One of the most important things we did for this patient is to give instruct him in the proper biomechanical technique of lifting so he wouldn’t re-injure himself again.

Chat With An Expert

If you have questions about how we can help you with headaches or back or neck pain, talk with one of our experts. 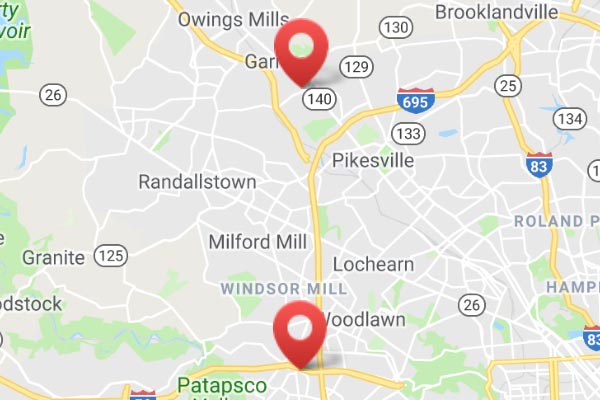